Kraków is a city with county rights, located in southern Poland on the Vistula river, as the second largest city in Poland both with reard to the population and surface area. It is a former capital of Poland, Royal Capital City and necropolis of Polish kings, as well as the capital of Małopolska Region.. 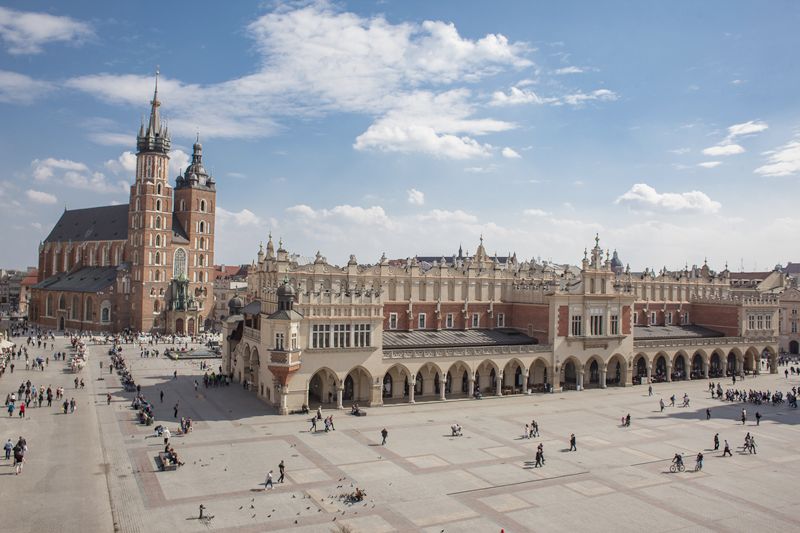 The city is located at a meeting point of several geographic regions: Sandomierz Basin, West-Beskidian Piedmont and Polish Jurassic Highland.

The history of Kraków as an organised urban centre begins around the 7th and 8th centuries Anno Domini. To this day, we can admire the remains left behind the initial settlers in the form of two mounds: Krakus and Wanda. Another crucial date in the history of the city was its reception of city rights modelled on the Magdeburg Law on the 5th June 1257, allowing the formation of the current shape of the Old Town. As a result, the Wawel Castle became the seat of the contemporary ruler of Poland. The city's location at an intersection of trade routes: from Rus' to Germany and the Kingdom of Bohemia (today's Czech Republic), and from Pomerania to Hungary, Turkey and the Balkans, allowed its fast economic growth.

The capital city of Poland was at the peak of its development in the Polish Golden Age (16th century). In those times, Kraków was – as it is now – the city of science and culture. It attracted the greatest artists, whose works can still be seen today: The altarpiece by Veit Stoss or the cloister at the Wawel Castle, designed by Bartolommeo Berrecci. The history of Kraków is inextricably linked to the history of the Polish nation.

After the Golden Age, the power of the res publica came to a close. The Swedish Deluge, economic downfall and partitions of Poland took their toll on the fate of the country and the city. However, its residents never forgot the times of Kraków's greatness. Perhaps this is why the city was always a real patriotic lair of the nation. This is whence the First Cadre Company marched, led by Józef Piłsudski, which is why this is also where the invader's army was disarmed on the Independence Day.

Today, Kraków is a modern and developing city and a melting pot where tradition of indigenous residents is mixed with student's avant-garde. However, thanks to a great number of monuments, excellently preserved in the city's layout, it has never lost its majestic character. Krakow is simply magical.