Epidemic diseases and their reminders in the City of Vienna

The Holy Trinity Column or Plague Column is located in the very city Centre of Vienna at the “Graben”, close to Saint Stephens Cathedral. The column was erected based on a solemn promise of Emperor Leopold I after the Plague epidemic of 1679. The project was led by Paul Strudel based on the conceptual design of Lodovico Ottavio Burnacini. The inauguration took place in Vienna in 1693. The column became a model of several other plague columns in Austria in particular and the Habsburg monarchy in general. Again in March 2020 people are setting hopes to ask God to overcome the Covid-19-pandemic using the column as symbol of their prayers. 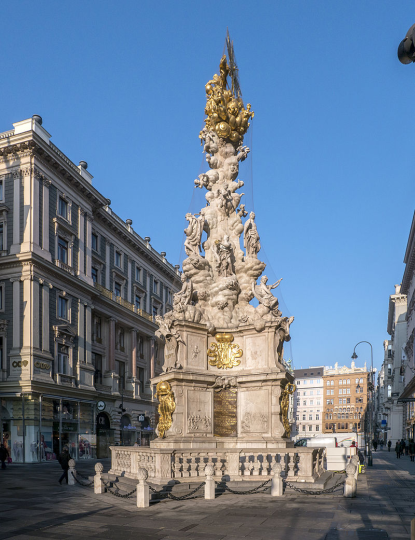 During the period 1831-1873 the Viennese population was struck hard by several outbreaks of a Cholera pandemic. In that time a “Cholera-cross” was erected in the suburb of Sievering on the way from Agnesgasse to Dreimarkstein. The single arm cross made on wrought iron is based on a quadrilateral column. On the front side there is a mosaic named “Madonna and child”. Presumably the cross was erected above a mass grave of victims of a cholera epidemic. According to a legend, a young huntsman saw candle lights near the cross. He tried to erase the lights with a butt. But he failed and shot himself dead. 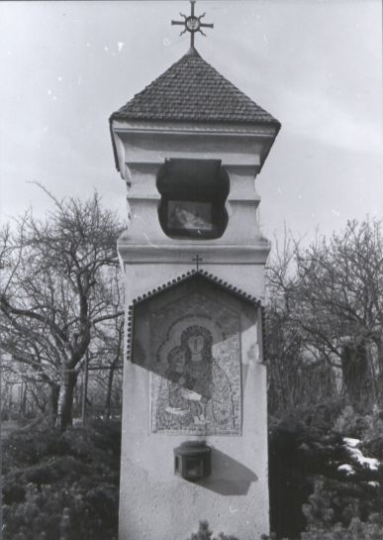 One of the victims of the Spanish Flu pandemic of 1918/19 was the famous Austrian painter Egon Schiele. He and his wife died at the end of October 1918 in their flat (and studio) in Vienna’s 13th district, Egon Schiele at an age of 28. 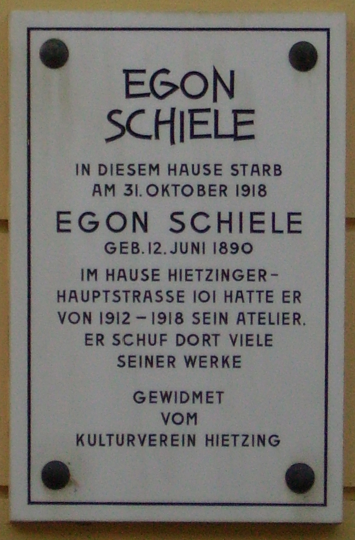 The St. Charles’ Church at the Karlsplatz (Charles’ Square) is the most outstanding baroque church in Vienna. The church was erected based on a solemn promise of Emperor Charles VI. during the last Plague epidemic in Vienna in 1713. The church is dedicated to the famous Milanese Charles Borromeo. Borromeo was revered as a healer for plague sufferers. The architectural design was mainly based on Johann Bernhard Fischer von Erlachs’s conception. Starting in 1716 the construction was finished by Fischer von Erlachs’s son Joseph Emanuel Fischer von Erlach. Fischer von Erlach and other artists who participated in the project united elements of Greek and Roman architecture with baroque style. 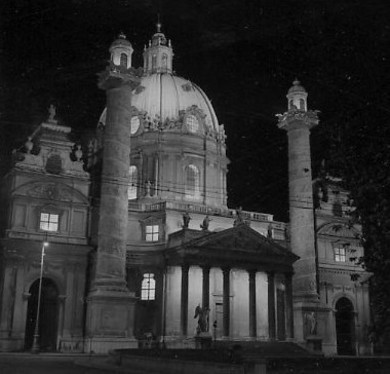