The League of Historical Cities 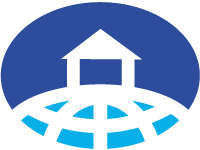 It was founded in 1994 in Kyoto (Japan) by the participants of the 4th World Historical Cities Conference. Krakow was among the 25 founders of the League. The League comprises world historical cities; at present there are 71 such cities from 50 countries (in 2008 the League was joined by: Gongju (Korea), Lvov and Odessa (Ukraine), Minsk (Belarus) and Osmangazi (Turkey)). Pursuant to the LHC statutes, the objective of the organization is to guarantee eternal peace for future generations, to deepen human understanding by means of crossing national borders through education and to support the development of historical cities. In accordance with its established objectives, the LHC develops and carries out different international projects.

Krakow joined the League pursuant to the Resolution of the Krakow City Council no. LXXXVI/753/97 dated 16 April 1997. Our city has been one of the pillars of the organization; Krakow has twice been its Principal Officer. Principal Officers (seven of them) are chosen from among mayors of all member cities of the League. Thanks to the status of Principal Officer, Krakow has participated in important decisions concerning the League's activities (including the accession of new members) by means of participation in Board of Directors meetings, which is one of the three administrative bodies of the League - alongside the General Assembly and Secretariat. Information and articles about Krakow (e.g. concerning monument protection) are published in the League's magazine, which is an attractive and inexpensive way of city promotion (a bulletin is sent to LHC member cities all over the world).

The Culture and National Heritage Department is the coordinator of Krakow's participation in LHC activities.