The Creative and Active Association TAK! (Stowarzyszenie Twórczy Aktywni Kreatywni TAK!) invites you to watch the new music video “Bruno S.”, which pays a tribute to the legendary jazz musician - Jerzy Michał Bożyk (1941-2019). The music video has been created to the song “Bruno S.” by Jerzy Bożyk and his friend Piotr Preiss.

Jerzy Bożyk performs this song in a duo with Yoanna Ayers, a young musician and singer, whom the late Jerzy knew since she was two years old:

- Jurek Bożyk – the legend of Kraków jazz and at the same time a very close friend of my parents - wrote this song before I was born – he composed the music to the lyrics of his friend, a wonderful poet also living in Kraków, the late Piotr Krzysztof Preiss [...]. Jurek taught me this song some years ago. A year ago, while singing Christmas carols with our families and close friends at home of Jurek’s brother, Piotr, we started to recall this beautiful, long-forgotten song. Suddenly I felt that I would like to make a recording of this song in a duo with Jurek. Not for any audience, just for ourselves. We went to a sound studio for an hour and recorded it. Of course, with some adventures, it could not have been otherwise. After the whole session it turned out that Jurek's prosthesis had been non-stop on the pedal ... But it didn’t discourage us from anything. We came up with the idea of making a music video for this song - and we started shooting it. Today, when I watch this music video, I find it hard to believe that it’s how it all started. Not with a specific plan, but simply out of a need coming straight from the heart to capture our duo and this long-term friendship of our families. - this is how Yoanna Ayers describes the beginnings of the “Bruno S.” music video. 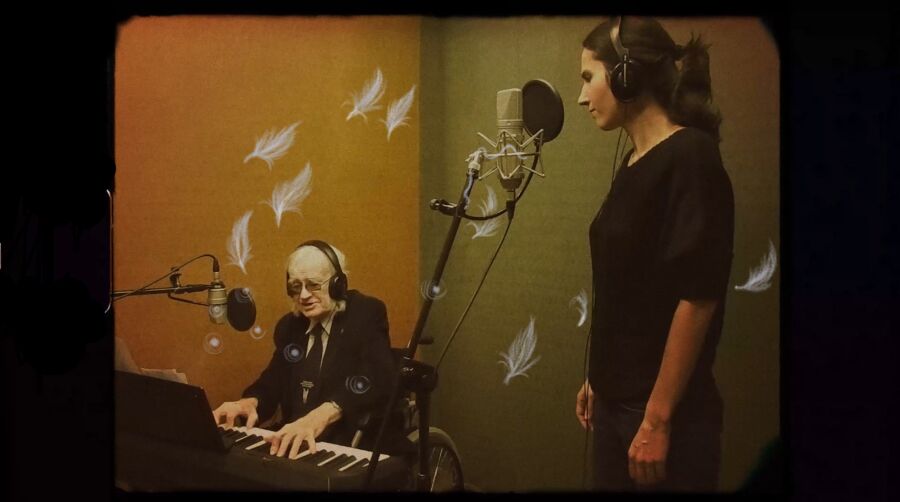 The duo of Jerzy Bożyk and Yoanna Ayers debuted in the final years of Communism in Poland, under unusual circumstances - at a Christmas radio broadcast in Kraków’s largest prison. Yoanna, then 4 years old, performed two songs to the accompaniment of Jerzy Bożyk. This met with the full applause of the prisoners in the cells. After 30 years of friendship between Jerzy and Yoanna’s parents, the duo started to create this music video, though Jerzy’s death interrupted proceedings.

However, Jerzy’s spirit was still watching over this project: at the funeral, Yoanna met many long-lost friends, amongst them a theater creator, Tomasz Schaefer, with whom they came up with the ideas for a music video. This gave Yoanna the inspiration to continue the work that Jerzy and she had started and with this aim she created the Jerzy Bożyk Tribute Project in conjunction with The Creative and Active Association TAK!. In order to create hand-drawn animations, they invited a young graduate of the Academy of Fine Arts in Kraków, Maria Yakimovich from Belarus, who recalls her creative process in the following way:

- In my animations, I tried to reflect the inner view of the world of the main character of the video - Jurek Bożyk. I didn't have a chance to meet Jerzy when he was still alive, but while working on the animations I felt as if I were getting to know him. I have the impression that it was not me alone who created these drawings, but that Jurek was accompanying me throughout the entire process. 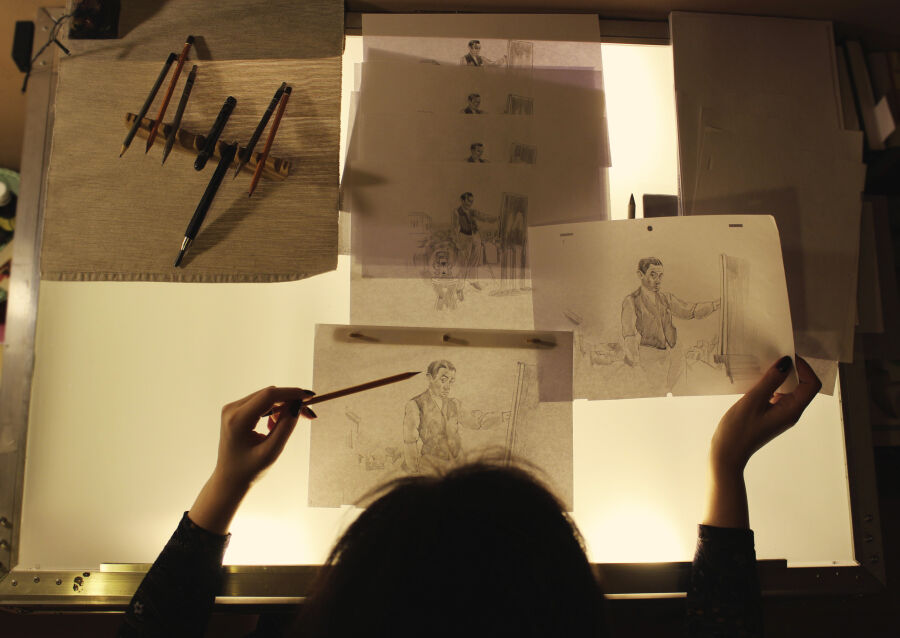 Both the lyrics and visuals of the “Bruno S.” music video refer to a dreamlike world of stories and drawings by Bruno Schulz (1892-1942) - the great Polish-Jewish writer and artist who tragically died during World War II. Kraków becomes a parallel universe to Drohobych - the setting for Schulz's short stories.

- At the end of the music video, another character, Bruno S., appears. However, is it certain that we see him for the first time during the video? Is it still an illusion that started at the beginning of the video when the hourglass turned? The hourglass itself becomes a common element of two worlds. In the first one, the character plays with the moment, finding a thin line between the changes of life cycles. In the second, the other character only watches the hourglass from afar, trying to free himself from the fear of time that consumes everything. - explains Maryia Yakimovich, who created and directed hand-drawn animations for the music video.

The video also reflects the aviation and cosmic fascinations of Jerzy Bożyk, who had been fascinated with Stanisław Lem's literature since childhood and even purchased a "ticket to the Moon".

The premiere of the music video took place on 27 December, and this is how Jerzy Bożyk's niece, Magda Bożyk, recalls it:

- For me and my family watching and listening to this music video - especially during Christmas, when we miss Jurek so much - was a great experience. We felt as if Jurek was somehow back with us.

The “Bruno S.” music video evoked similar emotions among many fans and friends of Jerzy Bożyk. It is hard to believe that it has almost been two years since we cannot attend his concerts, which used to end late at night, or meet him rushing through Krakow. Jerzy Bożyk returns to us with the "Bruno S." music video and, as always, makes the reality seem brighter.

Enjoy watching the "Bruno S." music video and join us in paying a tribute to the legend of Kraków jazz - the late Jerzy Michał Bożyk.

The “Bruno S.” music video was cofinanced by the Ministry of Culture and National Heritage of the Republic of Poland, the Małopolska Region and the STOART Association of Performing Artists. The Marshall of Małopolska Region Witold Kozłowski took an honorary patronage over the “Jerzy Bożyk Tribute Project”. 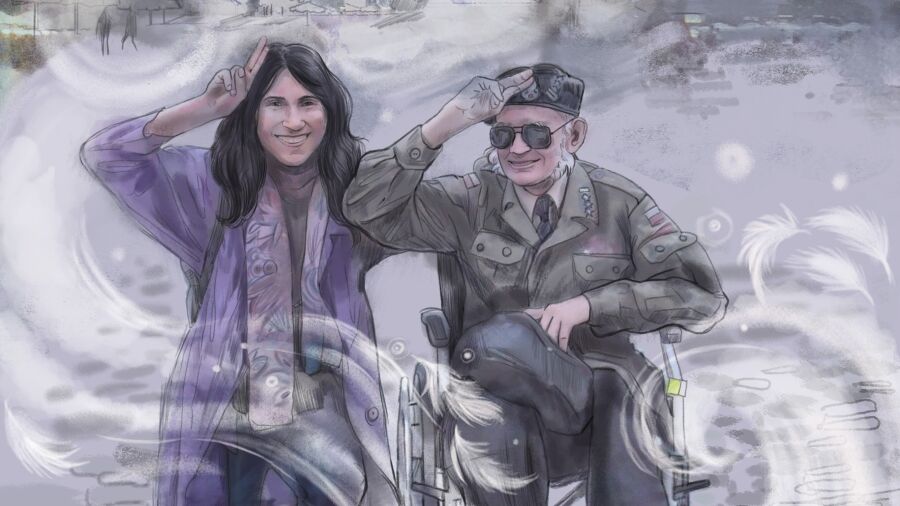 Kraków among the world's greenest cities

The first SAR scholarship holder in Poland is in Krakow

What is the song in the city’s heart?