The 31st finale of Jerzy Owsiak's Great Orchestra of Christmas Charity (WOŚP) is approaching, and with it the traditional auction of an item presented by the Mayor of Kraków. We have already auctioned a piece of Kraków's most famous skyscraper - the Skeleton, a replica of the Sigismund Bell and this year it's time for Vitali Klitschko's boxing gloves! This symbolic item, which will be handed over for auction by Mayor Jacek Majchrowski, is a gift from the mayor of Kiev in gratitude for the help that Krakovians have offered to the fighting Ukraine.

- "May they bring the new owner luck and help them win many a fight," this is how Kraków Mayor encourages people to bid for Klitchko's gloves. In this difficult time for Ukraine, the attribute of the great fighter gains special value. It emphasises the support offered by Kraków residents to Ukrainians every day. The Klitchko-signed gloves symbolise his success as an outstanding athlete, but also - the courage and will to fight for all Kiev residents.

We encourage everyone to support this unique and noble initiative.

"We want to win against sepsis! We are playing for everyone - big and small!" - is the slogan of this year's 31st finale of the Great Orchestra of Christmas Charity. With the funds raised, WOŚP will equip hospitals to speed up the diagnosis of infections. This will enable better treatment of sepsis through faster implementation of targeted and effective antibiotic treatment.

The WOŚP finale will take place on Sunday, 29 January. On that day, the charity's Kraków headquarters will be at the Kraków city hall at pl. Wszystkich Świętych 3-4. 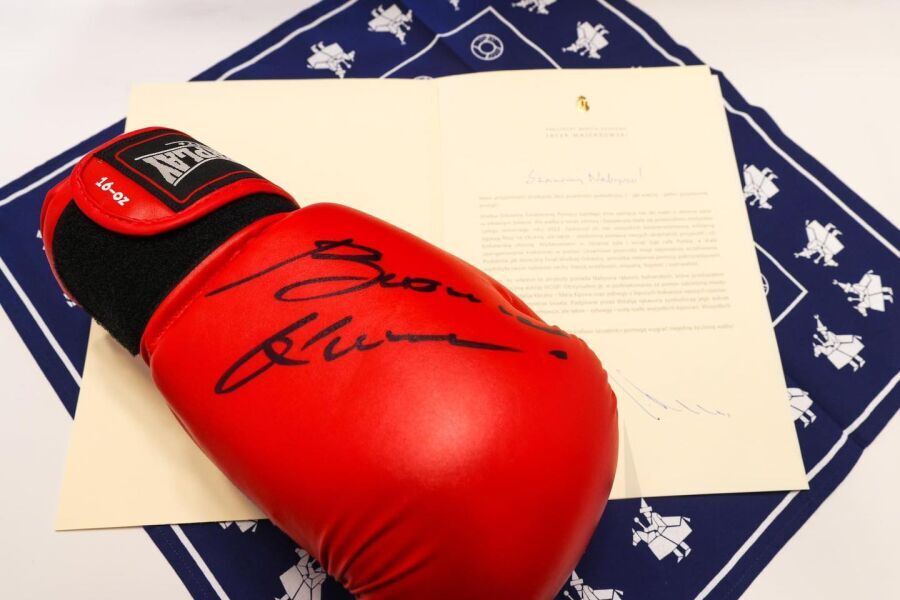