On 29 March, the ashes of the late Krzysztof Penderecki, a world-renowned composer of Polish 20th-century music were transfered and deposited in the National Pantheon. Krzysztof Penderecki was an Honorary Citizen of Kraków and a recipient of the silver Cracoviae Merenti medal.

Due to restrictions related to the pandemic, and for family reasons, the transfer of the ashes of the late Krzysztof Penderecki was postponed until the second anniversary of the composer's death. The urn with the artist's ashes was temporarily deposited in the crypt of St Florian's Basilica. Following the decision of the Chapter of the National Pantheon, the composer's ashes were placed in the crypt of the Church of the Holy Apostles Peter and Paul in an official, national ceremony. Apart from representatives of the Polish authorities headed by President Andrzej Duda, it was attended by official delegations from several other countries. 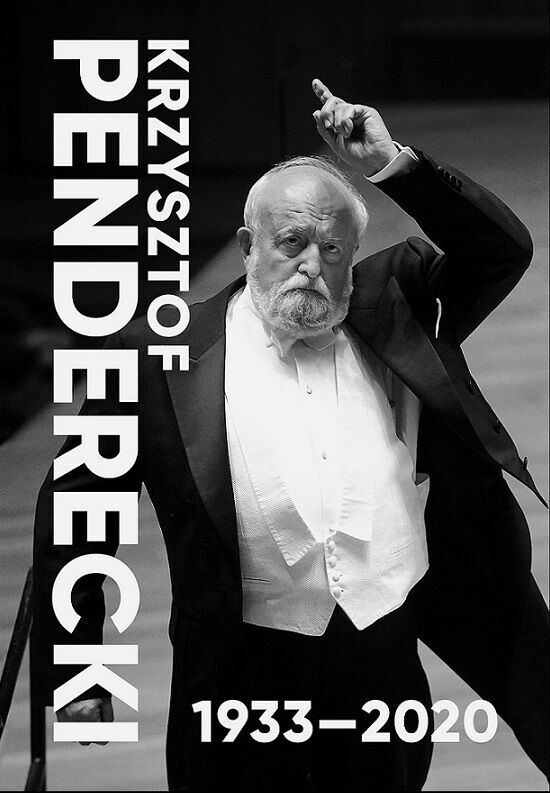 The funeral Mass was preceded by the exhibition of the urn with the ashes in St Florian's Basilica. This part of the farewell was attended by the composer's family and friends. Ensembles associated with the late Krzysztof Penderecki performed in the church: Kraków Philharmonic Choir and Polish Radio Choir.

From there, a funeral procession passed through the streets of Kraków

- from St Florian's Basilica, along the Royal Route, through Florianska street, the Main Market Square, Grodzka Street - to the Church of the Holy Apostles Peter and Paul. For the citizens of Kraków and all those who wanted to say goodbye to the Master, it was an opportunity to pay public tribute and honour the memory of the Artist.

The Mass at the Church of the Holy Apostles Peter and Paul began at 12 p.m.

Due to the church's small capacity, it was attended by the composer's relatives and invited guests, representatives of the state, local authorities and artistic institutions and circles. The people of Kraków gathered in front of the church in St Mary Magdalene's Square, where a big screen was set up.

The composer's ashes were placed in the National Pantheon in the crypt under the presbytery of the Church of Saints Peter and Paul.

Initially, the farewell ceremony for the late Krzysztof Penderecki was to conclude with a concert by his esteemed artist Anne-Sophie Mutter, accompanied by the Sinfonia Varsovia Orchestra. However, in view of the military activity across our eastern border and the unimaginable tragedies that the citizens of Ukraine are experiencing at this time, the late Krzysztof Penderecki's wife decided to limit the programme of the ceremony, and the 'Krzysztof Penderecki in memoriam' concert was postponed until the autumn of 2023, the composer's 90th birthday anniversary.

Krzysztof Penderecki was born on 23 November 1933 in Dębica and was associated with Kraków since his student years. The city had a special meaning for him. In his speech delivered during the ceremony of receiving the title of Honorary Citizen of Kraków, he emphasized: "it was Kraków that shaped me both as a person and as a musician. (...) Here, in Kraków, I composed about eighty percent of my works. It is here that I return and anchor after my numerous journeys".

Maestro participated in the cultural and social life of the city for over six decades. He was the patron of many splendid international musical and cultural projects, thanks to which the people of Kraków were able to experience great art on an equal footing with inhabitants of other European metropolises.

The history of the Sinfonietta Cracovia, which thanks to the efforts of Elżbieta and Krzysztof Penderecki was granted the official status of Orchestra of the Royal Capital City of Kraków, will remain a special example of his interest in the matters of the city. Guided by its great mentor, the orchestra grew into one of Europe's leading chamber ensembles.

Here in Kraków, Krzysztof Penderecki began to study composition under Franciszek Skołyszewski, continuing his studies at the State Higher School of Music (now the Academy of Music, which since 2021 bears his name) under Artur Malawski and Stanisław Wiechowicz. In 1959 he took up an assistant professorship in the composition department at his alma mater, and in 1972 he became its rector, holding this position until 1987, the longest in the university's history. In 1987-1990 he was the artistic director of the Kraków Philharmonic.

At the beginning of the 1960s, the composer gained international fame for his works with original sound design - Threnody to the Victims of Hiroshima, Anaklasis, Polymorphia, Fluorescences, thanks to which he became a leader of the musical avant-garde of those times. Completed in 1966 and referring to the great tradition of sacred music, St Luke Passion brought Krzysztof Penderecki worldwide fame. Subsequent works - The Devils of Loudun, Cosmogony, Utrenya, First Symphony - established his image as an outstanding musical dramatist. In 1972 he began his conducting career, conducting primarily his own works, but also those of his favourite composers, and collaborating in the following decades with the most respected orchestras in the world.

From the 1970s, the composer's work marked a stylistic turn towards a synthesis of avant-garde experience with tradition. In the following years he created works that were the realization of prestigious commissions, such as: Paradise Lost for the Lyric Opera of Chicago, The Black Mask for the Salzburg Festival, Ubu Rex for the opera in Munich, Symphony No. 3 for the Munich Philharmonic, Symphony No. 4 commissioned by the French government on the occasion of the 200th anniversary of the French Revolution, Symphony No. 5 "Korean" dedicated to "listeners of the Far East", Seven Gates of Jerusalem to commemorate the 3rd millennium of the city of Jerusalem, Dies Ilia to commemorate the 100th anniversary of the outbreak of World War I and works written with artist friends in mind - Violin Concerto No. 1 for Isaac Stern, Cello Concerto No. 2 for Mstislav Rostropovich, Flute Concerto for Jean-Pierre Rampal, Violin Concerto No. 2 Metamorphoses for Anne-Sophie Mutter.

A significant role in the composer's output was played by works indicating a strong connection with the history of Poland, its religious and national ethos, exemplified by: Polish Requiem - one of the most important and longest written works (1980 - 2005), Credo, Missa brevis or the cycle A SEa of Dreams Did Breath on Me... Songs of reflections and nostalgia, composed to the words of Polish poets on the occasion of the 200th anniversary of Chopin's birth.

His works of the last two decades also include chamber pieces and symphonies expressing admiration for the beauty of nature - Symphony No. 8 Songs of Transience, Symphony No. 6 Chinese Songs. Krzysztof Penderecki's creative path of over 60 years resulted in an impressive number of over 160 compositions.

Many important musical events in Kraków took place under the patronage and with active involvement of the composer himself. After UNESCO awarded Kraków the title of "European Capital of Culture", as part of the Kraków 2000 Festival, the most outstanding musicians from all over the world came to Kraków at the invitation of Elżbieta and Krzysztof Penderecki.

In 2013 Krzysztof Penderecki received the title of Honorary Citizen of the Royal Capital City of Kraków. He was also awarded the silver Cracoviae Merenti medal - a distinction granted to people and institutions of the greatest merit to the city. Krzysztof Penderecki received titles of honorary citizenship of many other cities in Poland and around the world. He was a guest of honour at Kraków festivals: Sacrum Profanum, the Kraków Film Music Festival and the Misteria Paschalia early music festival. In 2018, on the occasion of the composer's 85th birthday, Jacek Majchrowski, Mayor of Kraków, named the auditorium of the ICE Kraków Congress Centre after Krzysztof Penderecki.

In Lusławice, where he lived, he opened the European Music Centre - an international campus for young artists. The mission of this cultural institution is to develop the musical talents of the most gifted young instrumentalists, singers and conductors from all over the world.

Krzysztof Penderecki died on 29 March 2020 in Kraków. Following the master's death, many letters of condolence were sent from all over the world, and a book of condolence was prepared in Kraków and made available online due to pandemic restrictions. You can read the entries here.

Kraków and UNICEF together support the youngest refugees