Epidemic diseases and their reminders in the City of Bratislava

The oldest records of plague outbreaks in the area of today’s Slovakia are from the 14th century. Great epidemics were spreading in Bratislava in 1541 – 1542, 1552 – 1553, 1660 – 1665 and 1678 – 1681. A terrible outbreak of 1678 – 1681 left approximately 11.000 casualties among Bratislava’s residents. According to some historical evidence, the very first and at the same time the most horrible phase of the epidemic had dead bodies lying unremoved in houses, vineyards and streets for a duration of several weeks.

The last plague outbreak of Bratislava took place in 1712-13. In 1712, the new king Charles the Third had the coronation assembly summoned to Bratislava. Even though the delegates coming from territories hit by plague at that time were forbidden from participating, the measure itself did not stop the infection-related concerns from spreading across the town. On April 15, the coronation crown arrived from Vienna. The assembly started on April 24, followed by the coronation of the new king on May 22. All of a sudden, the streets were taken over by information about alleged plague symptoms shown by some of the servants who were accompanying incoming delegates. As the result, the assembly ended abruptly. Residents were extremely worried not only due to plague itself, but also because of impending quarantine as it was implying possible economic disaster for the city, its businesses and its residents. Back at that time, the plague was no longer considered as the God’s punishment. It was believed to be caused by corrupted air and even said to be transmitted by touch. Therefore, areas suffering from plague were isolating themselves, causing supplies and trade interruptions which at the end of the day took their toll on production. The normal life ceased functioning.

Bratislava City Council long refused to believe that plague had come to town for real and decided to keep it as a secret. Not before linking even the death of city’s doctor to plague, the cordon sanitaire around the city closed hermetically. Nobody could neither enter, nor exit. As part of the measure, the road between Bratislava and Vienna closed too.

No one was to be avoided by plague and the most vulnerable groups involved doctors, sawbones, surgeons and balneary specialists. Many of them died during that time, the evidence of August 5 1713 even speaks of two such deaths in one day. Another risky occupation was the one of city quarter captains. Only in September, eight new men had to be designated as their predecessors died of plague. All the aspects of city life were made more difficult, ‘the last journey’ not omitted. Since the deceased were forbidden from being buried within the city, bodies had been vehiculated beyond the city walls and the bereaved were driven to the funeral in a coach bought specifically on such purpose. At first, everyone had their own grave which soon proved to be unsustainable and the growing number of victims forced creation of mass graves (at the latest stage without coffins). Even the strictest of rules concerning separation of Jews from the rest of deceased residents had to be broken, so the shared burials of those of Jewish and Christian confessions could be permitted. Burials were initially financed by the city, but as the treasury soon hit its bottom, loans were not to be avoided. The emperor himself provided a loan of 2.000 gold coins. When in October 1713 plague started to recede, a Viennese medical specialist was called over to provide consultation on city’s next steps. On November 10, the specialist declared the end of epidemics within the castle area. In order to prevent its re-emergence, so called ‘hajdúšske mesto’ (three tens of poor houses, mostly occupied by Hungarian soldiers serving under the castle post) had to be set on fire and new barracks were about to be built. In December, the epidemics receded even in the extramural settlement outside the castle area. Moreover, no new cases were recorded on the outskirts neither. The date of January 30, 1714 entered the history as the day of last plague-related death in Bratislava’s Old town, followed by a complete post-epidemic recovery of the city. The lazaret was cleaned and whitewashed. There are significant discrepancies when it comes to estimating the final number of plague-related deaths. Anton Špiesz, the author of ‘Bratislava in 18th Century’ provides the following estimates: 358 victims in the Old Town (94 healed), 2.535 victims on the outskirts (968 lives saved), 409 victims in the extramural settlement (109 healed) and 120 victims within the castle area (48 saved). 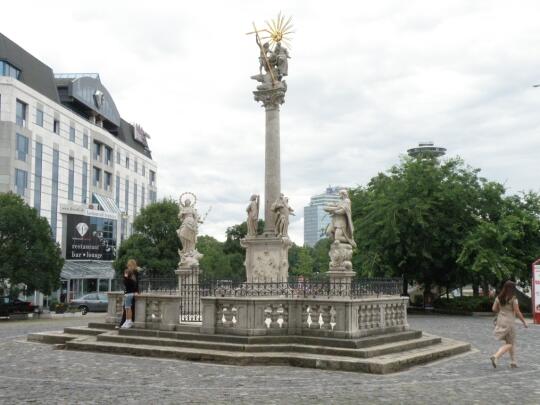 The Plague Column was erected right after the end of plague epidemics in 1713. The impetus came from archbishop of Esztergom Christian August of Saxe-Zeitz who also financed Column’s creation. The Column is also known as the Trinity Column, according to the sculpture of Holy Trinity on top. 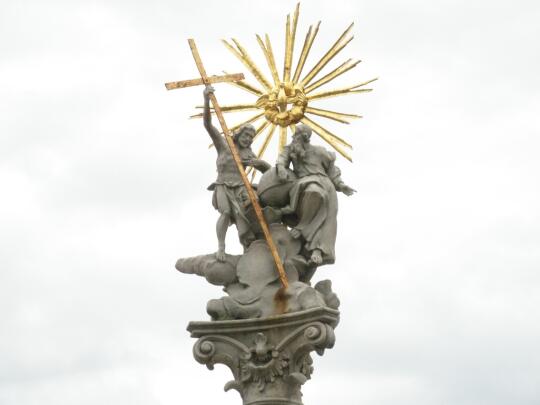 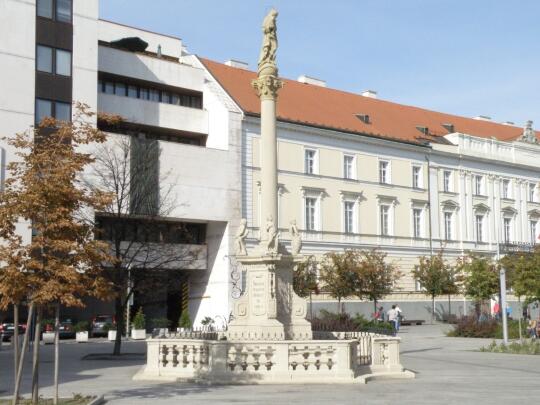 This column was initialized by Marian worshipers as an expression of gratitude for the Virgin Mary’s protection against plague. It was erected 10 years after the epidemic of 1713. Column’s name is derived from the statue of Holy Mary, the Patroness of Hungary (Patrona Hungariae), which is topping the monument. 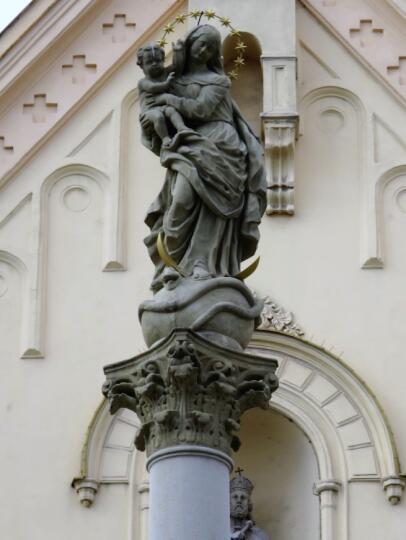 The Plague Column of St. Anthony 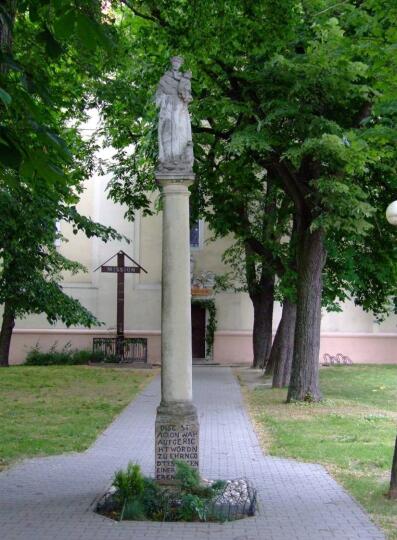 The plague column was built in Rusovce (Bratislava’s borough) in front of the parish church of St. Mary-Magdalene in 1719 as an expression of gratitude for bringing the epidemic of 1713 to an end. The column is topped by the statue of St. Anthony of Padua holding Baby Jesus in his arms. In the Catholic tradition, St. Anthony is worshipped as one of the great protectors against plague.

In 1831, the Hungarian Empire has been struck by the cholera epidemic, the worst outbreak of the first half of 19th Century, taking its toll on country’s inhabitants, leaving almost 230 000 people dead. Bratislava was hit as well. Fortunately, the epidemic’s development was of less dramatic nature here, especially when compared to disease progression in the countryside.

The Statue of the Virgin Mary of Cholera 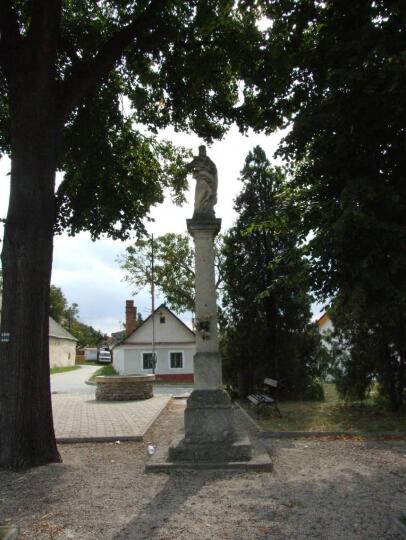 In 1839, Jozef Nagy ordered the statue’s creation as an expression of gratitude for saving (him) from death during 1831. Cholera mainly hit the people inhabiting the lower part of the town and stopped approximately around the places where the monument was built and stays until today.