Reminders of epidemic diseases in the City of Olomouc 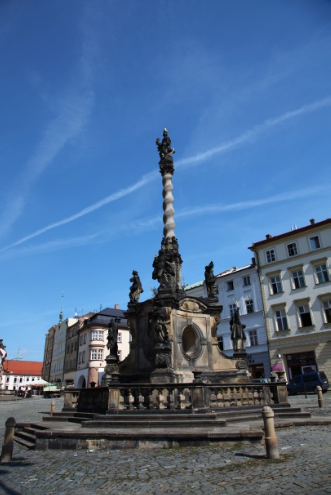 An eye-catching element of the urban Lower Square is a plague column with a statue of the Virgin Mary arose in connection with the tragic epidemics of Black Death which hit Olomouc between 1713 and 1715 with devastating force. The situation was so serious that the city had to be closed and guarded by troops. The memorial, expressing gratitude of the residents of the city for the averting or passing of the terrible disease, was built between 1716 and 1724 at the initiative and according to the design of a prominent Olomouc personality, the architect and stonemason Václav Render. The figures situated on the volutes represent anti-plague patrons, e.g. St. Francis Xavier or Saint Pauline. 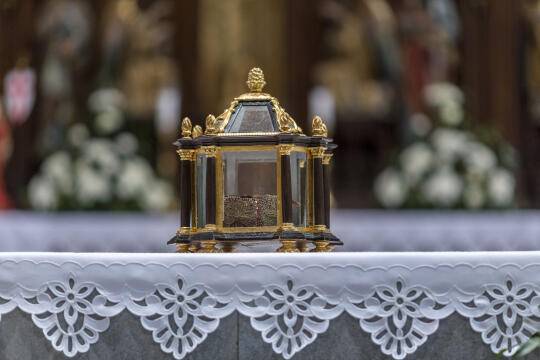 In 1623, the pope gave the Olomouc Jesuits the remains of an early Christian martyr from the Roman catacombs. When that year the plague broke out in the city, which claimed over 7 000 victims among the population, the City Council, based on a proposal by the cathedral Archdeacon de Pisauro, organised a pleading procession with the relics of St. Pauline to rid them of it. When the plague soon began to retreat, City Council chose to show their gratitude to St. Pauline in a pleading procession annually. After 1989, this tradition was restored and is held at the first weekend of June, knows as the Celebration Days of the City. At the begging of the Covid-19 pandemic, there was a mass served with the same wish addressed to St. Pauline, to protect the residents of Olomouc. 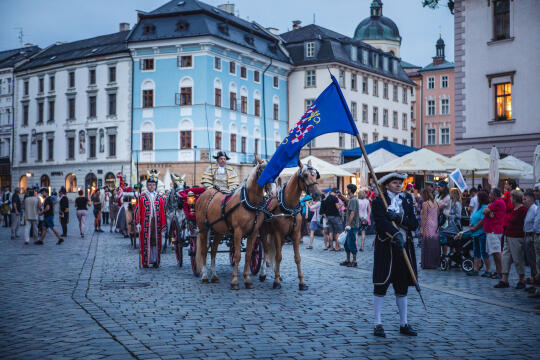 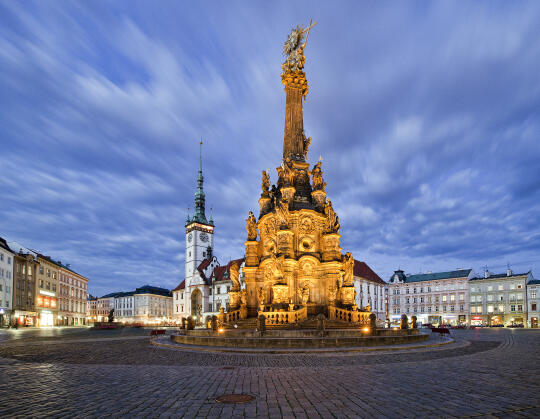 The only monument in Olomouc which has earned inclusion in the UNESCO World Heritage Sites due to its uniqueness  (in the year 2000), is the monumental Holy Trinity Column, which thanks to its size, diversity, complexity and refinement of sculptural decoration work has no equals. Unlike the traditionally conceived Marian Column in the Lower Square, which is a typical votive plague monument, the author of the iconographic system of the Holy Trinity Column, V. Render, intended his masterpiece as a celebration of Christian faith. Given that the construction and decoration of the sculptures involved exclusively Olomouc artists and craftsmen, it can even be seen as a local manifestation of patriotism.  At the celebratory consecration ceremony of the memorial participated also the imperial couple, Maria Theresa and Franz I, Stephan of Lorraine. Come personally admire the uniqueness of the column October 31, the date of 20th anniversary of the UNESCO inscription.