Today a district of Kraków, Podgórze lying on the right bank of the Vistula, was an independent borough with its own market square, coat-of-arms, and town hall from its founding in 1784 to 1915. Recognised as an industrial town, it was inhabited by entrepreneurs and craftspeople, on the other hand it boasted rich nature and wildlife and picturesque scenery. During the second world war, it was witness to the tragedy of the Jews, as 15 000 people were locked up in the ghetto the Nazis set up here. The route is an opportunity to get to know the various faces of Podgórze. 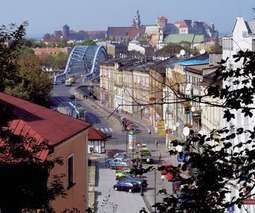