From 1929 she lived in Krakow. From 1945 to 1948 she studied Polish philology and sociology at the Jagiellonian University. She made her debut as a poet in March 1945,  publishing her poem Looking for Words in the supplement to ”Dziennik Polski” daily. In the years 1953-1981 she worked at the Krakow weekly ”Życie Literackie”, where she was in charge of the poetry department and a regular column  Non-required Reading, (later resumed by ”Gazeta Wyborcza” in its supplement ”Gazeta o Książkach”). Selected feature articles were issued several times in book form. 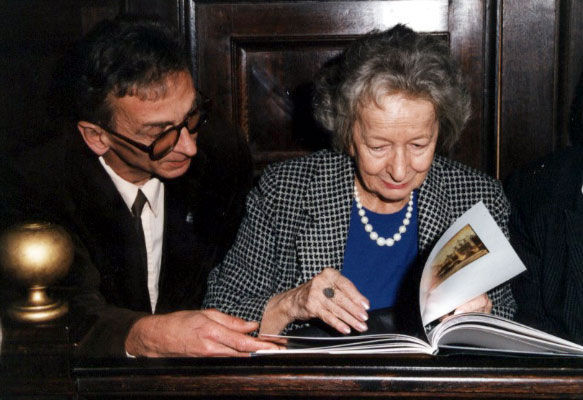 Her poetry has been translated into more than forty languages. Her own translations, mainly from French and German, were also published.

In 1991 Szymborska received the Goethe Award, and in 1995 the Herder Award. In 1995  she was conferred the doctorate honoris causa by the University of Poznań. In 1996 Wisława Szymborska received the award of the Polish PEN Club and the Nobel Prize in literature. In 2001 she became an honorary member of the American Academy of Arts and Letters. In 2011 she was honoured by the highest Polish state distinction − the Order of the White Eagle.