A guide to Krakow

The city of Krakow, which lies on the banks of the Vistula River, was for centuries the capital of Poland, and has accumulated a quarter of Poland’s total number of museum artefacts. 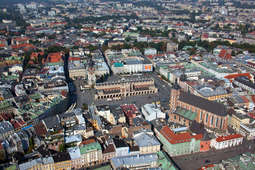 A visit to Krakow is a meeting with the most glorious era in Polish history. Krakow’s Old Town, along with Wawel Castle and the city’s Kazimierz district were placed on the First World Heritage List, created by UNESCO in 1978. At that time, such prestigious recognition had been awarded to only 12 of the world’s most famous heritage sites, including the Egyptian pyramids and the Great Wall of China. Today, the list contains more than 900 sites worldwide.