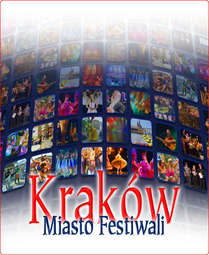 A huge popularity is enjoyed by new cyclical events like the Kraków Nights. In 2007 the Theatre Night was organised for the first time modelled after the idea of the Museum Night hugely popular in Europe. On a June night theatrical projects are presented not only in indoor theatrical stages but also on specially prepared open-air stages in the open space to the audience of over 40,000 spectators every year.

In 2008 the Sacral Night was organised for the first time, while the Poetry Night had its inauguration in 2009.