The document inspired by ICCA’s Kaohsiung Protocol, for which the Polish MICE industry had been waiting for a few months, was announced in ICE Kraków Congress Centre on Tuesday 23rd March 2021. During the webinar, members of KRAKÓW NETWORK – a business initiative originated and organised by the Krakow Festival Office (KBF), the operator of the ICE Kraków Congress Centre – presented the process of elaboration and the main assumptions of the Protocol. 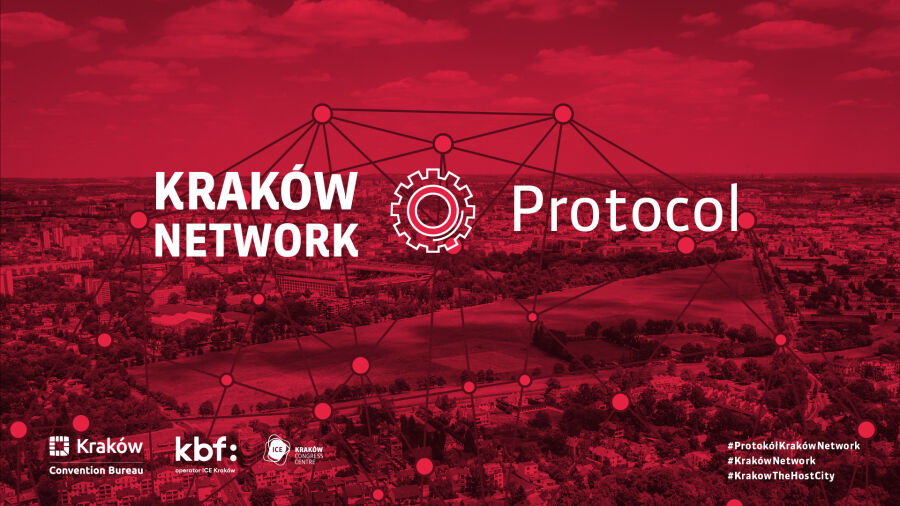 The KRAKÓW NETWORK Protocol is a set of good practices and recommendations adapted to the new post-pandemic reality outlining a list of key strategies that will allow for the further development of the meetings and events industry, which is an introduction to the joint strategy for the years 2021–2023. In the course of consultations and negotiations lasting a few months, members of KRAKÓW NETWORK highlighted the following courses of action: the need to establish innovative business models based on joint risk management, digital restructuring, the promotion of hybrid events and the creation of the competitive edge of Kraków through engagement of local representatives of the MICE industry.

‘During the last year, the MICE industry underwent a transformation that had to meet with our response. The members of KRAKÓW NETWORK were the first in Poland to recognise the need to adapt to leading global standards and started working on the KRAKÓW NETWORK Protocol in December 2020. Our mission was not only to share know-how with other representatives of the industry, but also to contribute to the development of society by promoting fundamental values, such as knowledge-based economy, sustainability and global community,’ says Izabela Błaszczyk, Director of KBF.

When creating the KRAKÓW NETWORK Protocol, members of the business group decided to draw up a document that would be as comprehensive as possible, so they adapted its provisions to the strategy of the City of Kraków included in the report “Kraków’s sustainable tourism policy for the years 2021–2028”. It outlines specific assumptions concerning the sustainable business and cultural tourism of Kraków and the development of the Małopolska tourism sector aimed at supporting the development of the local MICE sector.

‘Since the establishment of the KRAKÓW NETWORK initiative in 2015, our goal has been to create a strong business group in Kraków that would co-operate in order to promote Kraków as a destination. We are very glad that among 182 signatories of the KRAKÓW NETWORK Protocol there are representatives of the City and Kraków hotels, restaurants, event companies, conference and fair venues, tourist organisations, universities, PCOs and DMCs,’ adds Paula Fanderowska, Deputy Director of KBF for ICE Kraków Congress Centre.

In spite of the lasting pandemic and the lack of a clear prospect for the return to the organisation of onsite events, thanks to the KRAKÓW NETWORK Protocol elaborated during the last few months, Kraków announces its readiness to hold events now and in the future.

The KRAKÓW NETWORK Protocol is covered by the honorary patronage of the Polish Tourist Organisation and the Poland Convention Bureau.

The primary media partner of the KRAKÓW NETWORK Protocol is THINK MICE.

If you did not attend our webinar, please remember that the video of the broadcast in Polish language is still available on the Facebook profiles of KRAKÓW NETWORK and ICE KRAKÓW. If you would like to watch video with English translation, please click here.

We also encourage you to read the KRAKÓW NETWORK Protocol. 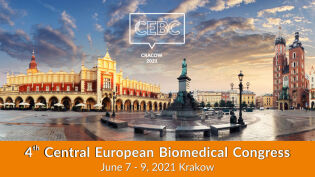 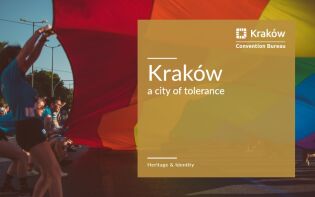 Kraków against discrimination!
Krakow is an open city. The municipality demonstrates its openness on gender and equality issues at the level of special programmes, resolutions, creating inclusive and non-exclusive policies. 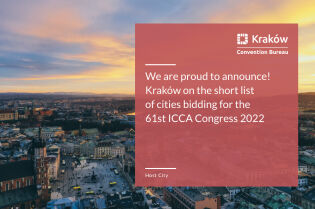 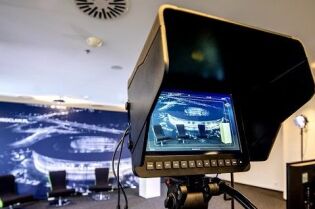 Study on impact of coronavirus on European convention sector
11 May 2021. The Strategic Alliance of the National Convention Bureaux of Europe has published an update of its 2020 study on “The Impact of Coronavirus on Europe’s Convention Sector”. The report, prepared by Tourism Economics, provides three recovery scenarios to reflect the possible range of developments given the level of uncertainty about how the pandemic situation will evolve over the coming months.
PUBLIC INFORMATION BULLETIN
OF THE CITY OF KRAKÓW