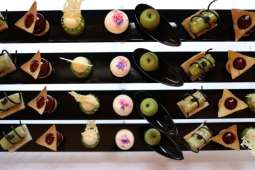 Krakow was selected over Lisbon in the last, final stage of the selection process. Do we deserve this title? Oh yes we do! We have good recipes, great products from local suppliers, and to top it all off, friendly and hospitable atmosphere. For years Krakow has promoted good gastronomy. The Recommendations campaign of Krakow’s restaurants has already had 11 editions. For years we have welcomed Krakow’s residents and tourists to a pierogi festivals. But we also offer new things – Krakowskie Zapusty, which keeps the Krakow’s tradition of making cenci pastry alive, and the Święto Obwarzanka (Festival of Obwarzanek). What does it mean to be a culinary capital? ‘We will organize several important events next year, which will be an opportunity to invite specialists and lovers of good cuisine and stars of the world’s gastronomy to Krakow. We would also like to create new projects and next to pierogis and obwarzanek that we already mentioned, we want to promote recipes associated with the cuisine of the royal court, the bourgeoisie and the academia of Krakow,’ says Jacek Majchrowski, Mayor of the City of Krakow.

European Academy of Gastronomy decided that it is Krakow who should become the European Capital of Gastronomy Culture. Krakow’s restaurants are the only restaurants outside Warsaw that hold Michelin guide’s distinctions – there are 26 such places at this time. Twice as many Krakow’s places were honoured by Gaullt et Millau, while 8 were recommended by Slow Food Poland. Kraków has the resources to make this success happen – good recipes, highest quality products from local suppliers, as well as hospitality and friendly atmosphere.

Next year, as part of the European Capital of Gastronomy Culture, there will be many events organized, including a Gastronomy Congress for specialists and lovers of good cuisine from all over the world, a meeting for Krakow-based chefs and stars of world's gastronomy running restaurants distinguished e.g. by stars awarded by the Michelin guide. “Virtual cooking” will be an interesting, innovative format. It will consist in preparing dishes in multiple restaurants at the same time, which may be followed online. The theme of this event will be the Krakow and Polish cuisine.

In addition, the city will develop its own schedule of culinary events for 2019 and subsequent events. Next to the events that we already mentioned, like Krakowskie Zapusty or the Pierogi Festival, as well as the “culinary” paths as part of the “Opera Rara Festival” or the Midsummer Night Fair (Jarmark Świętojański), new projects will be developed related to the cuisine of the royal court, the bourgeoisie and the academia of Krakow. Krakow’s culinary heritage includes street food – as long ago as in the Middle Ages there were portable stalls in use, from which simple foods were sold to townsmen, merchants, students, and the recently “re-discovered” maczanka po krakowsku (pork shoulder with sauce served in a bun) has delighted the palate of Krakow’s fiacres as far back as in the 17th century.

The European Academy of Gastronomy operates as part of the International Academy of Gastronomy, an organisation that deals with the widely-understood gastronomy culture. Established in 1983 by 5 national academies (Spanish, French, British, Italian, and Swiss), it currently has 29 members from 23 countries, including China, Japan, Lebanon, Mexico, Portugal, Sweden, USA and Poland. The Academy is based in France. The Academy cooperates, among others, with the UN (UNESCO, FAO – Food and Agriculture Organization of the Untied Nations, WHO – World Health Organization, UNWTO – World Tourism Organization), the European Union and the Union for the Mediterranean (UfM). 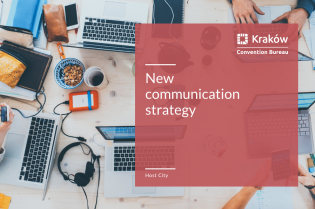 Kraków THE HOST CITY – New communication strategy
In the new reality of pandemic, the possibility to organise B2B meetings, congresses and conferences is largely reduced. The events are held online, whereas the hybrid meetings are still waiting for their moment because of travel restrictions.    In such challenging times, the Kraków Convention Bureau decided that consistent #KrakówTheHostCity brand building, promotion and communication should be found among its main priorities. 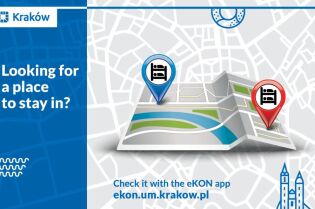 Looking for a place to stay in? Check it with the eKON app
Kraków is the first city in Poland to offer a modern tool for keeping the records of non-hotel lodging facilities, such as hostels, apartments, and guest rooms. The municipal app, called Krakowskie Obiekty Noclegowe (eKON), is now available in two language versions (Polish and English) at ekon.um.kraków.pl 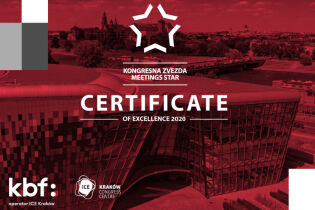 ICE Kraków among Europe’s Best Congress Centres
For the sixth time, the ICE Kraków Congress Centre has been singled out for distinction at the international Meetings Star Award competition. Just like last year, ICE Kraków was honoured with a gold quality certificate in the Convention Centres category, obtaining a score of 4.91 on a 5-point scale. 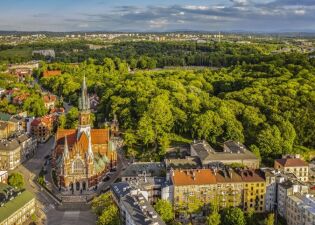 KRAKDENT® Trade Fair in June
We look into 2021 with great hope, believing that we will meet you soon at the International Exhibition and Convention Centre EXPO Krakow. Related to the change in the functioning of the company, caused by the decision of the Ministry of Health to transform the facility into a temporary hospital, we invite you to the KRAKDENT® International Dental Trade Fair later than usual - on June 10-12, 2021. 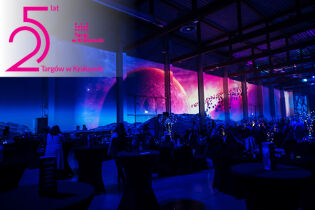 From a small Kraków company to a meetings industry leader
The International Book Fair in Kraków® attracts thousands of readers from all over the country. For three days, the KRAKDENT® trade show turns the city into a capital of the dental industry. ENOEXPO® stimulates the taste buds of wine connoisseurs from the farthest corners of the world. Who stands behind some of the largest industry events in Poland?
PUBLIC INFORMATION BULLETIN
OF THE CITY OF KRAKÓW