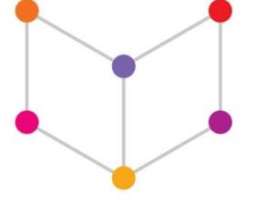 ICORN International Cities of Refuge Network is an association of cities and regions offering refuge for persecuted writers. The organisation is focused on providing a safe place to stay and work to writers whose work is the cause of their political prosecution. ICORN develops a stable and dynamic network based on international solidarity, which is one of the world's strongest voices protecting the right to freedom of thought and speech. The ICORN network connects more than 40 cities, including Brussels, Frankfurt, Miami, Stockholm and Mexico.

The City of Krakow was invited to join ICORN as the first member city from Central-Eastern Europe. The invitation addressed to the City Council of Krakow by the executive board of ICORN indicated Krakow as an important and most valid candidate who would serve as an ideal example to other cities in this region of Europe. Krakow was heavily promoted during the Passa Porta Festival in Brussels in 2011, at meetings with the Directorate of the Department for Human Rights of the European Parliament, with the Secretary of the European Council on Refugees and Exiles and with the President of PEN International, when it was endorsed by the most eminent intellectuals during meetings with writers from around the world.

In the first two years of ICORN membership two writers stayed in Krakow: Maria Amelie – Russian-born writer who, having written a book describing the life of an undocumented immigrant, was deported from Norway, and Kareem Amer – Egiptian blogger, sentenced to four years of imprisonment for criticising the government of Hosni Mubarak.

Coordination of cooperation:
Krakow Festival Bureau is the coordinator of Krakow's participation in the organization's activities.