Project „The Scottish Tartan for Krakow” is the result of partnership cooperation between Krakow and Edinburgh. It was implemented by the City of Krakow and the Scottish-Polish Cultural Association and the City of Edinburgh with the support of the Consulate General of the Republic of Poland in Edinburgh. 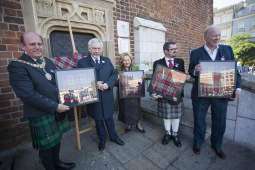 In 2016, the idea to share its tradition and to design a tartan pattern as a gift for Krakow appeared in Edinburgh. The schedule of the implementation of the project has been set.

On April 19, 2017 the Scottish-Polish Cultural Association announced a contest for the tartan pattern for Krakow  at the Scotweb in Edinburgh. Citizens of Edinburgh submitted 26 entries in a competition to design a tartan for Kraków. The winning design by Alex Imrie was voted for (12-24 June 2017) by the citizens of Krakow from a shortlist of 5 finalists. The design brings to mind associations with the city of Kraków and its spirit, as well as the long-standing friendship with Edinburgh and Scotland. This project was chosen by 944 votes among all – 3 406 participants of the poll. 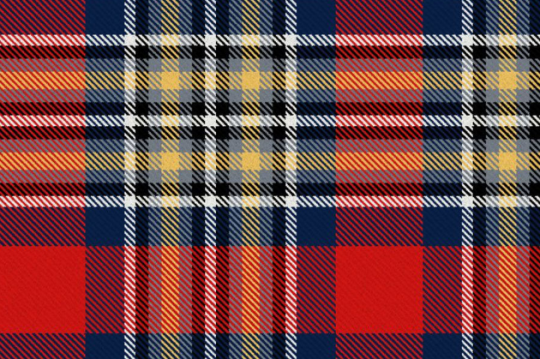 Then, the selected pattern was woven in the DC Dalgliesh and process of the production was filmed by Alex Ingle. See more:

Krakow – as the first city in Poland - has its own tartan design! 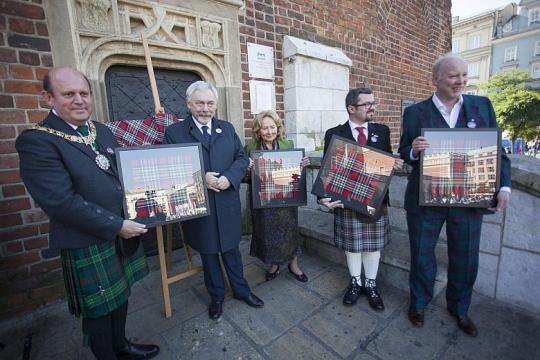 On Sunday, October 1st Lord Provost of Edinburgh, followed by the Scotpipe band, dancers, representatives of the Scottish-Polish community and many Krakovians, led a colorful parade through the streets of old Krakow. The parade ended with the official presentation of the Krakow Tartan to the Mayor of Krakow Jacek Majchrowski. 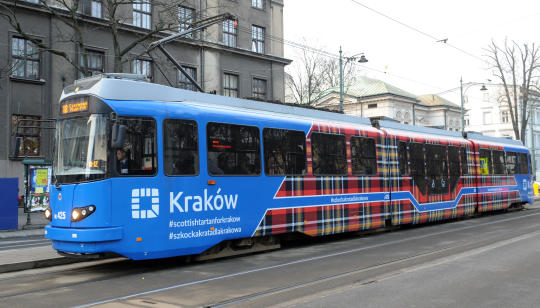 3-31 October  2017 the official Krakow website announced a competition how to use the Krakow's tartan.  From 16 entries that have been received, the jury decided that the main prize will go to David McGirr for the project “Tartan Tram” – which is an idea to decorate one of city trams with the tartan motif so that inhabitants and tourists are more aquatinted with this new symbol. The tartan tram project has been launched in January 2018.

In Scotland, tartan is a symbol of belonging: to a clan, family, place or organization. Krakow's Tartan is a beautiful gift for our city, enriching our culture and tradition with a historically significant symbol of Edinburgh and Scotland. It is also a material sign of the friendly ties that have been connecting our cities since 1995.

Everybody can use the pattern for non-commercial purposes, and in particular as a model of costumes, their elements, materials promoting Krakow or decorative motifs created by institutions and individuals. Similarly as in the case of using the Krakow logo, also here it is necessary to complete the relevant formalities, which are set out in the Public Information Bulletin, http://www.bip.krakow.pl/, (e-Urząd, usługi-procedury, Kancelaria Prezydenta, procedura KP-4).