Karol Wojtyła lived, studied, and worked in Kraków for 40 years (1938–78). Later, already as Pope John Paul II, he would come to the city during every visit to Poland, referring to it as “the city of his life”. Little wonder that many people from both Poland and abroad, fascinated with the figure of John Paul II (declared a saint of the Catholic Church in 2014) arrive therefore in Kraków to visit places that were important for the pontiff. A route has been devised that follows In the Footsteps of John Paul II and it has become one of the most popular tourist routes in the city. 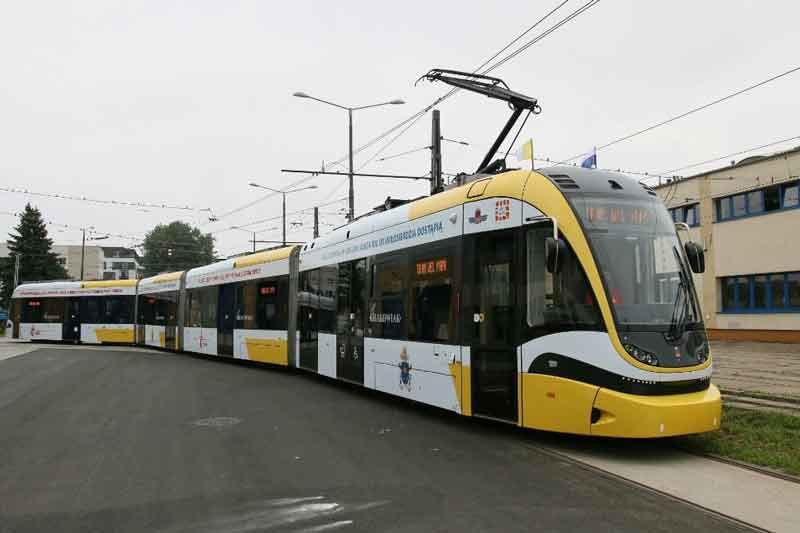 The No. 8 tram is generally known as “papal”, as while going from the Bronowice district along Franciszkańska, Dominikańska, św. Gertrudy, Stradom, Krakowska, Kalwaryjska, Wadowicka, and Zakopiańska streets, it connects the most frequently visited places associated with John Paul II located in the city centre – the Palace of Kraków Bishops and Wawel Cathedral standing close to its tracks – with the Sanctuary of Divine Mercy and the  John Paul II Centre Be Not Afraid! in Łagiewniki. The route also passes through charming corners of the Kazimierz and Podgórze districts.

Taking the No. 8 tram lets pilgrims move quickly and comfortably from the Sanctuary of Divine Mercy to the city centre. Follow Siostry Faustyny street towards Zakopiańska street (and Kraków Łagiewniki railway station) from the Sanctuary, and take the pedestrian tunnel to Zakopiańska street to get to the tram stop (facing the street you want to take the tram going to your right).

There is another “papal tram” also worthy of your attention: the low-floor Krakowiak that Pope Francis took during the World Youth Days in 2016 to celebrate Holy Mass on the Błonia Common. It was the first time in history that the pope used a tram as an official means of transport. Unlike the remaining Kraków rolling stock which is blue, this single tram shuttles through the streets of Kraków in the papal colours: yellow and white.