In the fifteen years of the Krakow Convention Bureau’s operation, the Krakow brand as a site for organizing various events, both Polish and international, has clearly strengthened. 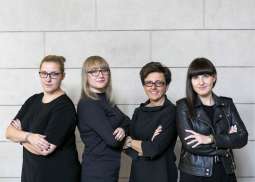 They have also been years of investment in infrastructure and the integration of the local industry into a common goal - the promotion of Krakow and attracting a quality event business to the city.

The Krakow Convention Bureau has been operating in the structures of the Municipality of Krakow since 2004. Its tasks have been related to building the city's brand on the Polish and international arenas, known as a business destination, which due to its history, cultural and scientific heritage, but also infrastructure, is an perfect place to organize events. Employees of the Krakow Convention Bureau (of which there are currently five, and the office was opened by one person) therefore act as specific creators of the image and are representative of both the Krakow offer and local entrepreneurs. The office closely cooperates with the industry, coordinating, among others, and often initiating many projects that become an example of public-private cooperation for the city.

The Krakow Convention Bureau uses many tools to implement its mission. For years, it has participated in key events - fairs, meetings of associations, industry forums and conferences, during which red beads and the famous staff of Krakow, already known to international industry, directly recall memories such of events as ECLF or EMEC MPI, the European Cities Marketing meeting and many more.

This recognition is influenced by the personal involvement of the representatives of the Krakow Convention Bureau and the local industry, but also cooperation with the media, study visits (organized directly by the Krakow convention bureau or in cooperation with various entities) or joint application for the organization of events.

The Program of Polish Congress Ambassadors is particularly important, due to the specificity of Krakow and its position as a scientific center, it is coordinated by the local office in cooperation with associations.

For the past fifteen years, the Krakow Convention Bureau has been a partner that connects the business and scientific environment with the city's self-government, and is very often the first point of contact for the organizers of events, especially international ones, whose interest is directed towards the capital of the Malopolska Region.
What are the effects of this cooperation? In the material sense, they are shown, among others, by data that is the result of research on the meetings and events market in Krakow, but at the emotional layer, they are the atmosphere and the special feelings that Krakow offers to the organizers and participants of the events.

What do the numbers and distinctions say?
In 2004, the year when the Krakow Convention Bureau began its activities, the number of people visiting the capital of the Malopolska Region amounted to over 6.4 million, of which 4.1 million visitors came to the city for tourist purposes. Among over two million nights in hotels, approx. 60 percent were bought by foreign guests.
By contrast, in 2017, the number of people visiting Krakow was already nearly 13 million, of which there were over 9 million tourists. Almost five percent of domestic and foreign tourists visited Krakow to participate in congresses, conferences or trainings - 2.7 and 3.8 percent respectively.

Such an increase in the number of visitors is due to the fact that Krakow is a unique city in many respects. Its wealth of national heritage, attractive tourist offer, including varied and high-standard accommodation and culinary offers, result in the interest of organizers in modern congress and exhibition facilities.
The scientific community of Krakow - home to 23 universities in the city at which more than 150,000 people study, is an important driving force in attracting congresses with an international reach to Krakow. The dynamically developing business is of great importance in this context - Krakow was awarded, among others, the title of "The Polish City of the Future" as well as the "Business-Friendly City".

Krakow has also been recognized as the best European urban destination four times in a row by the Zoover users’ plebiscite - The Best European City Trip, ranked eighth on the list of "Best Cities in the World for 2016", based on the votes of readers of the prestigious "Travel + Leisure" magazine. It has recently been included in the group of eleven tourist-friendly cities in the project implemented by the European Territorial Cooperation Program for Sustainable Urban Development.

A richer accommodation and conference base, more connections

The increase in the number of events is accompanied by investments in infrastructure. Within the fifteen years that we are talking about, one can notice an infrastructural leap from the perspective of event organizers,.
In 2004, there were 173 accommodation facilities in Kraków, including 83 hotels. However, the report on the state of the city which concerns 2017 already says about the accommodation base numbering 618 facilities, of which 145 are hotels. A large part of this number are facilities used by event organizers and business guests.
A particularly extensive offer in this respect has recently been presented by two new open facilities - DoubleTree by Hilton Krakow Hotel & Convention Center and Metropolo by Golden Tulip. Both of them have 16 conference rooms that can accommodate up to two thousand guests. In the first facility, there is also a car elevator which stops in the conference room and can carry a load with a maximum weight of 4.5 tons.

In 2014, three large conference venues were opened in the capital of the Malopolska Region - the Krakow Tauron Arena, the largest indoor sports and entertainment venue in Poland that can accommodate more than 22 thousand people, the International Trade Fair and Congress Center Expo Krakow (where congresses for 5,000 participants can be organized), managed by Targi w Krakowie, and the ICE Krakow Congress Center, the operator of which is the Krakow Festival Office.

ICE Krakow has twice received the Meetings Star Award for the best congress center of New Europe, an award for facilities for comprehensive activities and significant achievements in the field of the meetings industry, place marketing and the promotion of events in Central and Eastern Europe. Each year, the center hosts diverse events - both in form, theme and scale. In 2018, the Congress Center with a view of the Wawel castle hosted such conferences and congresses as: Dioxin 2018 - International Symposium on Halogenated Persistent Organic Pollutants (POPs) & 10th International PCB Workshop devoted to the broadly understood sustainable development, 23. Wonca Europe Conference - European conference of family doctors with 3,000 participants, Stop - World Congress of Foundry, European conference on quality in official statistics Q2018, Eurocorr - World Congress on Corrosion or World Congress on Osteoporosis, Osteoarthritis and Musculoskeletal Diseases - world congress of orthopedic doctors and specialists dealing with the skeletal system.
ICE Krakow has changed into a permanent location for many events, for example the Impact Economic Congress, the Open Eyes Economy Summit, the Cybersecurity Cybersec Forum, the prestigious cardiology meeting - New Frontiers in Interventional Cardiology or Digital Dragons - the largest event in this part of Europe dedicated to the video gaming industry.

The three facilities: Tauron Arena, ICE Krakow and Expo Krakow facilities signed a "Cooperation Will Declaration" in 2018 - a document thanks to which the organizers of major business, cultural and sports events can take advantage of the complementary offer of the city in the field of professional organization of events.

The number of air connections is systematically increasing for the needs of visitors to the capital of the Malopolska Region. In the summer 2019 passengers of the Krakow airport can use the offer of more than 130 connections, including 33 new ones. New countries - destinations in the summer flight network include: Croatia, Georgia, Romania and Iceland. The new "Summer 2019" network of connections also offers new cities in France and Italy. You can also fly to Tel Aviv, Bucharest or Dubrovnik, as well as to Olsztyn, from Krakow.
In total, in 2019, 39 new air connections from Krakow were introduced. From May 2019, a new carrier - Wizz Air – is also present at Krakow Airport.

In comparison to 2013 (which was the subject of the first survey), the increase in the value of GDP generated by business tourism in 2017 was doubled. Due to taxes and charges, in 2017, PLN 137 million was added to the city budget, 65 percent more than in 2013.

The share of the total taxes and fees generated by the meetings industry in the budget of the city of Krakow in 2017 amounted to 2.97 per cent.

In 2017, the estimated amount of proceeds from congresses amounted to PLN 1.24 million, and 6,013 events were examined for this purpose.

Out of more than 6,000 meetings industry events organized in 2017 in Krakow, over 70 percent were national in nature, with congresses and conferences predominating among them. Expenses of participants of group business meetings in Krakow in 2017 were more than three times higher than in 2013.

The convention bureau activities, supported by the city self-government, play a huge role in such a significant increase in the prestige of Krakow as a meeting place, as confirmed by research. Support addressed to organizers can take various forms - from the implementation of study visits, through access to professional promotional materials, involvement of the city authorities in the process of gathering the meeting, and finally promotion of the event. It also happens that the city becomes an organizer or partner of a selected point in the meeting program.
Since 2014, meeting organizers have had the opportunity to take advantage of special rates for group trips by public transport. When determining the price list, discounts are applied depending on the size of the group and the duration of the event, they range from 10 to 30 percent of the price.

The Krakow Convention Bureau is an office recommended by the Poland Convention Bureau of the Polish Tourist Organization, which is a formal confirmation of comprehensive and professional office activities. Obtaining a recommendation provides the office, in addition to the above-mentioned acknowledgment of competence, with the possibility of promotion and participation in projects implemented by the Polish Tourist Organization for the meeting industry.

The activity of the "Krakow Network" of the bottom-up initiative of the local meetings industry is an important achievement of Krakow, and at the same time a confirmation of the Krakow Convention Bureau's fulfillment of its function. 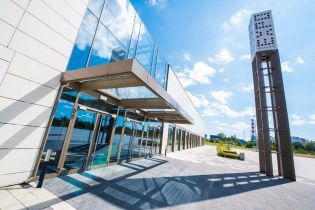 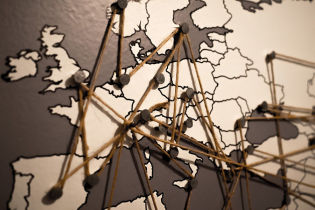 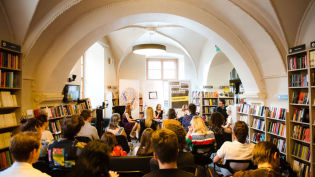 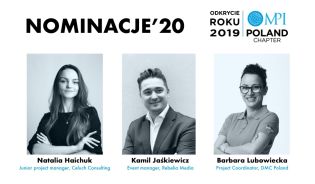 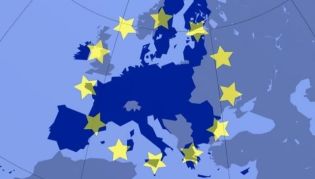 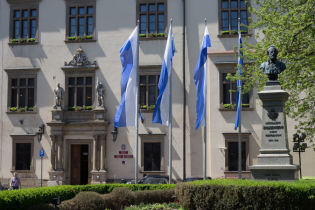 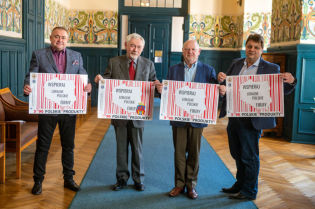 Let’s Support Local Companies
An economic crisis is ongoing due to the coronavirus pandemic. Many companies are already bankrupt, others are on the verge of bankruptcy. 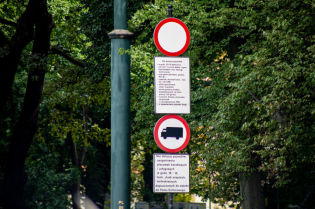